As every year at Christmas time, the company Huîtres & Ko was present at the Christmas market of Louviers from December 14th to 19th.
On the spot it was possible to taste the special Krystale oysters as well as the fine oysters. A large number of customers were present to buy their oyster basket before the holidays.

Huîtres & Moules de Bouchot de Normandie et Haut-de-France has launched a campaign to promote the mussel, oyster and clam trades in Normandy.
The 4th poster in the series highlights the production sector in Gouville-sur-Mer.

On the last day of the Fêno (the festival of Norman excellence) in September 2021, we had the honour of meeting Amandine Petit, our Miss France 2021 who absolutely wanted to taste our oysters. Hervé Morin, the president of the regional council of Normandy was also present.

Unlike medals that distinguish the quality of a product for a given year, the Excellence Award attests to the mastery of a company’s or producer’s know-how, enabling it to guarantee a high degree of consistency in the excellence of its production.

“Receiving an Excellence Award is the “grail” coveted by all producers and companies committed to the permanent quest for the best of taste. Today, this is the highest distinction that can be obtained by a production team that has made excellence an ambition and commitment without compromise. As an instrument to encourage producers, the Excellence Award is also a valuable reference point for professional buyers and importers in many foreign markets,” comments Benoît Tarche, General Commissioner of the General Agricultural Competition.

3 medals for the Krystale Oysters 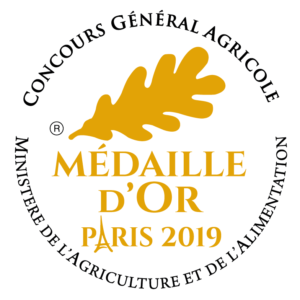 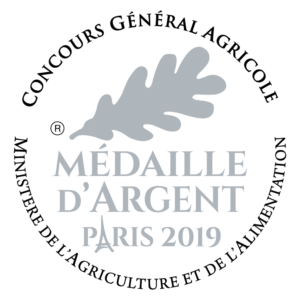 The Krystale oyster was awarded at the 2019 Paris General Competition in the following categories:

Three medals which reward the quality of the Krystale oysters but also the work and passion of the K’Dual family for several years.

Spéciale Krystale’ Pacific oysters on the menu at La Véranda restaurant. Served with lemon, shallot vinegar and toasted rustic bread, come along and taste them if you live in the Vevey area or if you are passing through. www.hoteldulac-vevey.ch